American Ales
American Ale Yeast Blend White Labs
WLP060
Species : Ale
Fermentation Temp Range (°F) : 68-72
Apparent Attenuation Range (%) : 72-80
Flocculation : Medium
Alcohol Tolerance : Medium-High 8-12%
Pitching/Fermentation : This blend tastes more lager like than White Labs 001. Hop flavors and bitterness are accentuated, but not to the extreme of California. Slight sulfur will be produced during fermentation.
Notes : The most popular yeast strain is White Labs 001, California Ale Yeast. This blend celebrates the strengths of California- clean, neutral fermentation, versatile usage, and adds two other strains that belong to the same 'clean/neutral' flavor category. The additional strains create complexity to the finished beer.
Best Styles : American Ales
Looking for a Liquid or Dry Yeast Substitution? The brewers at Adventures in Homebrewing have tried most of them. The following are some suggestions that have worked for us.
Liquid Yeast Substitution : n/a
Dry Yeast Substitution : Fermentis Safale US-05
Want to make a Yeast Starter? Home brewers are always led to believe making a yeast starter is for the advanced brewer. This could not be further from the truth. If anything beginning brewers should start with yeast starters. When you think about it they are nothing more than a small extract brew. Show Me How To Make A Yeast Starter 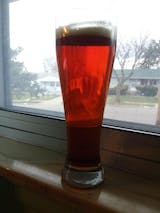